Happy New Year – When? Cultural Variations Across History and Geography 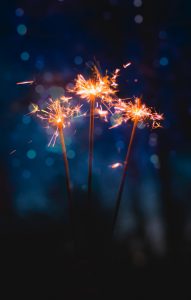 Defining and celebrating the beginning of the New Year has always been subject to cultural variations. Until 1752, colonial America along with Britain celebrated the beginning of the New Year on March 25th, i.e. Lady Day, in Christian tradition the day that Mary found out about her pregnancy. They also still used the Julian calendar, which in Europe had been replaced by the more accurate Gregorian calendar already in the 16th century.

And then of course my Vietnamese friends along with China and other countries will be celebrating Tết or variations of the Chinese New Year which is based on the lunar calendar on February 5th this year of 2019.

My Persian friends on the other hand always celebrate Nowruz, the New Year, on March 21st, the first day of spring – which makes most sense to me.

As you may imagine at this point, there are several other dates for celebrating the beginning of a new year across cultures – such as mid-april in Thailand, Cambodia and several parts of India.

Either way, given the globalized world we live in, I hope my sincere wishes for a happy and fulfilling 2019 of peace and prosperity will be received by friends, clients, colleagues and connections across the world!